This Week: Black Mountain, Rutgers & Me

Some interesting things going on this week:

On Wednesday October 5 , three of my video shorts Weapons of Mass Banalization, Hot Dick v.a and The Ron Reagan Funeral Jam will be included in the Mass Distractions and Cultural Decay exhibit at the Mason Gross Galleries at Rutgers University.

This show, which is curated by LaToya Ruby Frazier includes the work of some 150 artists who "deploy strategies and techniques that counter and subvert culture industry ideologies that promote racism, classism, nationalism, militarism, sexism, imperialism, colonialism, and consumerism."

I'm honored to be able to show my work with some of my favorite current and former Rutgers colleagues including Martha Rosler, Hasan Elahi and Ardele Lister. Mass Distractions and Cultural Decay runs until October 22. The opening reception is this Wed. from 5-7pm at the MGSA Galleries, 33 Livingston Ave in New Brunswick. This show looks amazing!


On Saturday October 8,  I'll  travel to North Carolina to perform at Black Mountain College for the ReViewing Black Mountain 3 conference, which this year is devoted to John Cage and his influences.  I'll be performing a new intermedia piece EOH v.5, which is a cut up and randmomized version  of Bach's Musical Offering complete with a video projection of the randomly distorted score. Check out the conference here 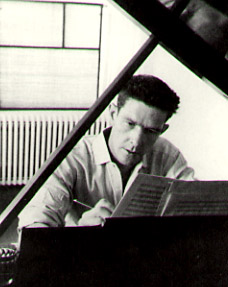 Speaking of Bach, I am on the verge of releasing my first album in seven years; The Well Tempered Clavier Book 1: A Computer Mediated DeComposition on my new label Praxis Classics. It is already available on iTunes, Amazon, Spotify and Band Camp and will be fully released soon.

Also; I just got news today that I will be performing and showing work at the Chelsea Museum in a few weeks in an exhibit organized by Jolanta Gora Vita and the Sonic Self curatorial team. This exhibit is in solidarity with the evolving Occupy Wall Street movement.

hope all is well,